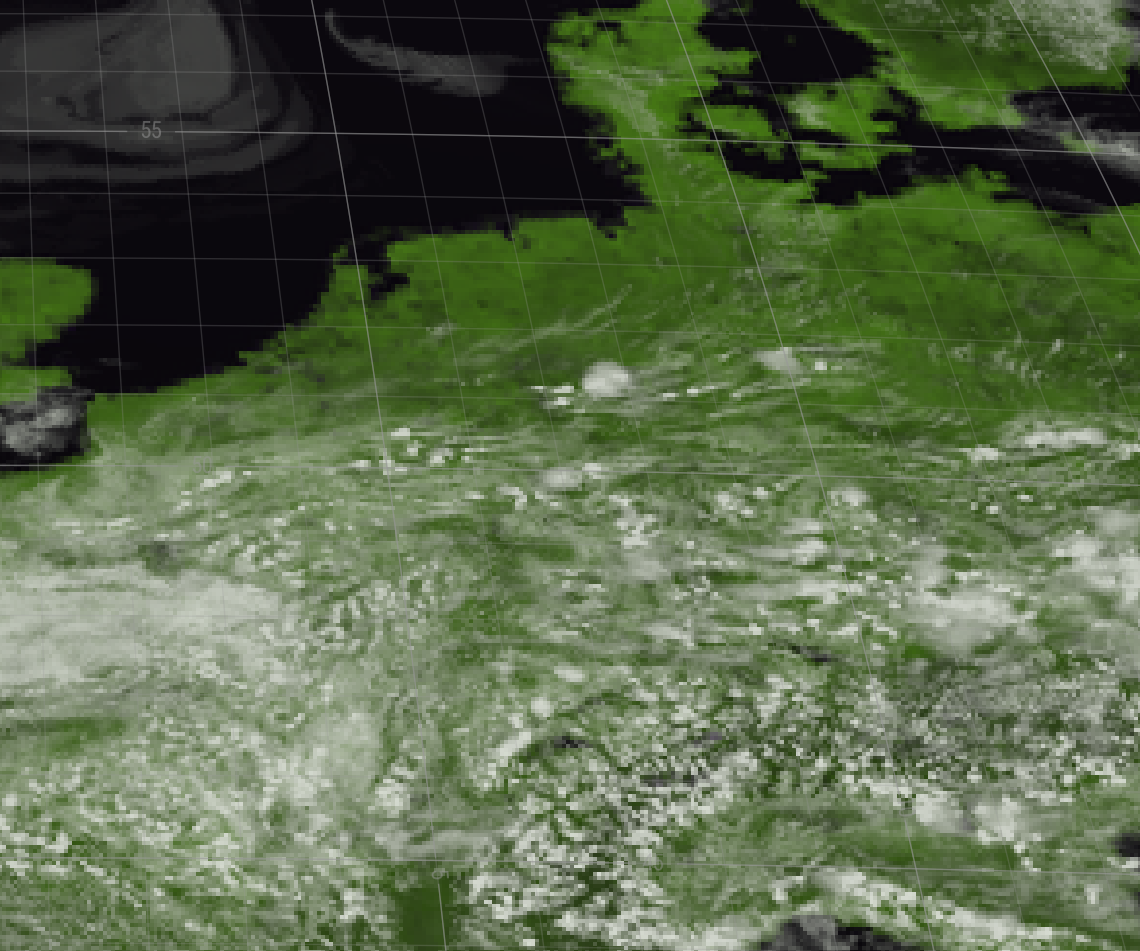 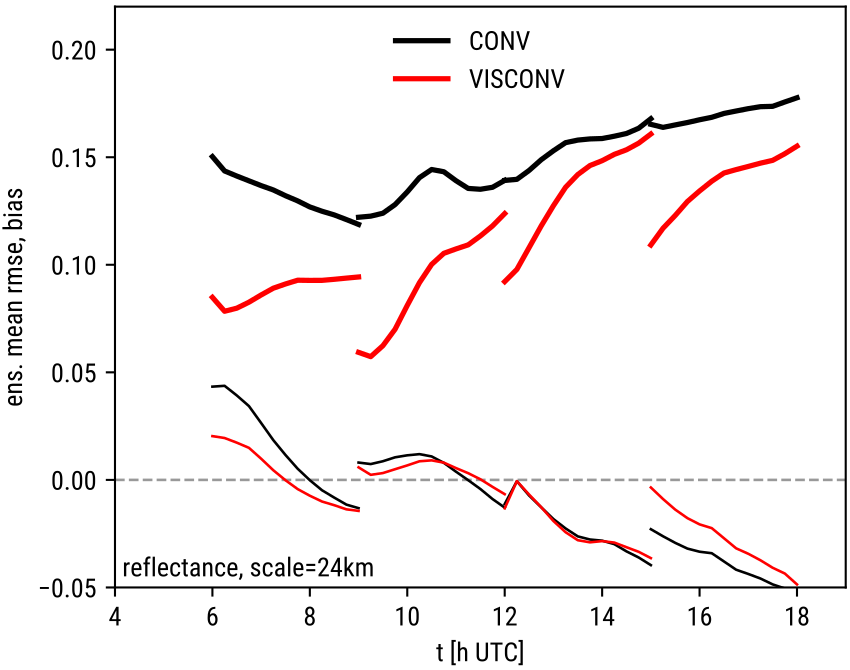 Observations from instruments on geostationary satellites are a promising information source for convective-scale data assimilation, which aims at improved regional forecasts. So far only infrared and microwave satellite observations have been assimilated and often only observations in cloud-free regions have been used. Satellite images in the visible spectral range have not been used, although they contain information on cloud positions, cloud sizes and cloud microphysical properties like the mean droplet sizes. The main reason was that a fast and accurate method to generate synthetic satellite images from model output was missing. With the development of such a method at the data assimilation branch of the Hans-Ertel-Centre for Weather Research it has become possible to assimilate visible satellite images in operational systems.

A first case study has now been published, which makes use of the COSMO-DE weather prediction model and the KENDA data assimlation system (developed at the German Weather Service DWD) in a near-operational setup. For two convective days in Summer 2016 we compared an experiment for which only conventional observations were used with one where in addition visible 0.6µm images from the SEVIRI instrument onboard Meteosat-10 were assimilated. The left figure shows a synthetic satellite image of Germany generated from COSMO-DE output in the course of the assimilation process. The main results of the study are that the error in the cloud cover can be strongly reduced by assimilating the satellite images, that this beneficial impact remains present in the forecast for at least three hours and that also precipitation forecasts are improved. The improvements in the cloud cover are illustrated by the right figure, which shows the root mean square reflectance error (thick lines) and bias (thin lines) of the experiments without (black) and with (red) visible satellite images for 3-h forecasts started at 6, 9, 12 and 15 UTC on June 5, 2016. These improvements in the cloud forecast are also relevant for the prediction of photovoltaic power production, a topic that is being investigated in a further project.